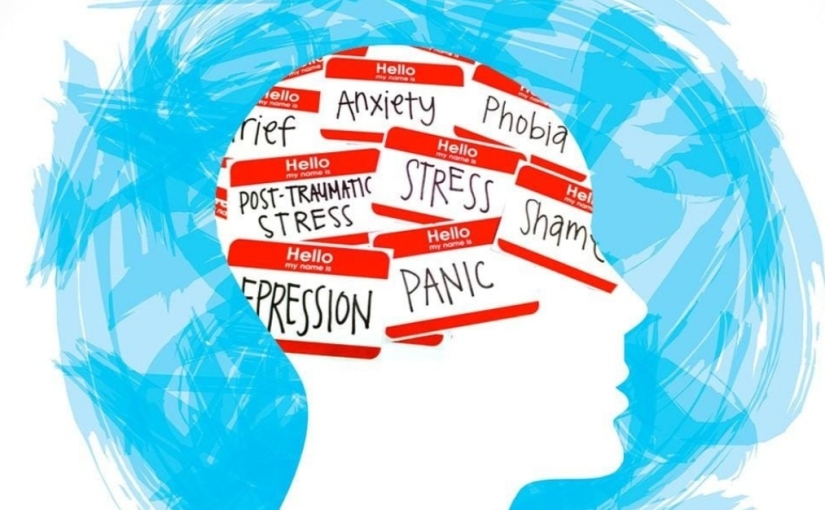 Shyam Mithiya is a Mumbai-based psychiatrist and sexologist. In this interview to Swati Subhedar, he talks about how the recent death of a Bollywood actor and what followed after that was an opportunity lost, in terms of starting an honest and open conversation on mental health

Was the recent death of a Bollywood actor and what followed after that an opportunity lost, in terms of starting an honest and open conversation on mental health?

Yes. We could have done so much in terms of spreading awareness and educating people. Many people got interested in his case because he was a well-known Bollywood actor. If you try to educate people about mental health issues without any context, it might not interest them. But if a mental health issue is associated with a celebrity, they would be interested in knowing more. In an ideal situation, therapists, counsellors, psychologists, psychiatrists, and mental health professionals should have been invited to various forums, they should have had a nuanced and detailed discussion about mental health issues and busted various myths associated with these illnesses. But what followed after his death in the name of TRP (television rating point) was shocking and shameful. People were already going through a lot because of the pandemic and the lockdown. The media should have been a little empathetic and sensitive. There was no need to cash in on someone’s tragedy during such an emotionally draining phase.

His photos were circulated soon after his demise, which was such an unethical thing to do. Imagine the kind of impact it must have had on emotionally fragile minds. The headlines read “he committed suicide”, which is a wrong way of putting it. A person never commits suicide. He/she dies by suicide. By saying a person committed suicide, it, in a way, glorifies suicide. It may give people the impression that if such a successful, famous and financially stable person could commit suicide then, maybe, that’s the way to end your miseries. By focusing on this case in an unreasonable manner, and without balance and empathy, we are worsening the situation.

When a celebrity opens up about battling depression, people say “how can he/she be depressed?” People often associate depression with extreme sadness. What should be done to bust various myths related to depression?

We tend to use the word depression very casually. Say, if India loses a match, people say, “Oh, we are so depressed that India lost”. People tend to get confused between sadness and depression. Depression is a clinical disorder wherein a person feels extremely sad, with or without a trigger, for 14 days or more. That’s the starting point. Then there are different types of depressions like unipolar, bipolar, mild, moderate, or severe depression.

A person who has everything going for him personally, professionally, financially, and socially, and his/her life is 100% perfect, even this person could be depressed. It is a biological condition wherein there is an imbalance in the neurotransmitters, and it can be treated with medication and by making changes in the lifestyle. However, we must also understand that by making lifestyle changes or by only doing yoga and exercising, or by developing a hobby one can’t beat depression. Yes, these are additional factors that help significantly, but you need to see a counsellor or a therapist and take medication if need be. People around a person who is dealing with depression should not give him/her lame advice like “watch a motivational video” or “listen to music” or “think positively”. These things will suffocate a person with depression even more. Instead, encourage him/her to see a therapist.

Please understand, a depressed person goes through a lot. People going through depression can’t help feeling sad and or crying non-stop. They know the ill-effects of eating junk food, yet they binge. They can’t sleep. They feel like going out, meeting friends, and living a regular life, but they are just not able to pull themselves out of their beds. Also, a depressed person need not necessarily be suicidal and those with mild or moderate depression can still function as normal human beings.

Often, people categorize those suffering from complicated mental health issues like mental disorder, bipolar disorder, or schizophrenia as “paagal” (mad). How should we address this issue?

Unfortunately, all mental health disorders like depression, anxiety, obsessive-compulsive disorder, phobia, panic disorder, social anxiety, dyslexia, learning disability, attention deficit disorder, hyperactivity disorder, mental disorder, schizophrenia, or bipolar disorder are categorized as “pagalpan”. People say things like “arey ye to paglo ke doctor ke paas jata hai”. People having schizophrenia or bipolar disorder are often termed as “possessed”, are ill-treated, chained, burnt with match sticks, or taken to faith healers. When nothing works, their families bring them to us. When the families see a considerable improvement in the patients after we prescribe medicines to them, they feel guilty, especially so when they realize that these illnesses are treatable. There are many such misconceptions. We need to spread awareness at the ground level or at the school level. Only then the next generations will be more aware, more accepting, and ready to seek medical help.

A large section of society has access to the internet. People often google their symptoms and arrive at a conclusion, rather than visiting a therapist. They read about the side effects of medicines and either stop taking the prescribed pills or don’t start the treatment at all. What should be done to change this?

It is dangerous. Let me tell you why. If you Google “headache”, the third option is tumour! Now, imagine a person having anxiety googling his/her symptoms, reading about the medicines and the side effects. That person will get petrified and not even come to a therapist. This worsens the situation. Visit a therapist, talk to him/her, understand your situation, take medication, if need be. That’s the proper way. Don’t try to be a doctor. You are not an expert.

Mental health is still a taboo in Indian society. Even educated families are not willing to accept that their children could be having mental health issues. Very few are open enough to take their children to a therapist. Casual reactions like “oh, it’s nothing” or “it’s all in your head” can do a lot of damage.

Yes. If someone is having a heart problem then we don’t tell that person “heart se nikal do”. So, why tell someone having anxiety or depression that “dimaag se nikal do”. I feel people who recover from mental illnesses should share their success stories on social media so that more and more people read about their experiences. This will help others. This way, those dealing with mental health issues will not feel awkward about their situation. This will give them the courage to open up and discuss their options with their families or friends. But, it’s a vicious cycle. People don’t share their stories because they fear that others will brand them as “pagal”.

The pandemic is having an adverse impact on the mental health of people. What should be done to be mentally and emotionally fit during such difficult times?

As per the statistics, one in seven people in India is dealing with some mental health issue or the other. That comes to 15-20 crore Indians and this means almost every family has one person who is dealing with a mental health issue. We never had enough psychiatrists, psychologists, or mental health professionals. Now, the pandemic has added to this burden. There is too much anxiety. Today, a family visited me for therapy. I asked their nine-year-old son to wait outside while I spoke to the parents. Fearing coronavirus, he kept standing for 15 minutes and didn’t sit on the sofa. That is a reflection of how anxious people are. Yes, there is too much coronavirus-related grim news floating around, but if you are a parent, remember, your kids are watching you and they are going to replicate your actions, so react to a situation in an appropriate manner.

These are the seven things you must do to keep your mental health in check during the pandemic.

(1) Sleep for at least eight hours a day
(2) Eat healthy and balanced meals
(3) Exercise … meditate for sure, yoga rebalances the nervous system
(4) Don’t live in a bubble … communicate (5) Don’t suppress any kind of emotions
(6) Develop a hobby
(7) Do something for someone or society. There’s nothing more satisfying than that

As told to Swati Subhedar

This conversation is a part of our series on mental health and illness, as we talk to people whose voices have brought to life, with empathy and without judgement, what is it to live with a mental illness or to care for someone who does.