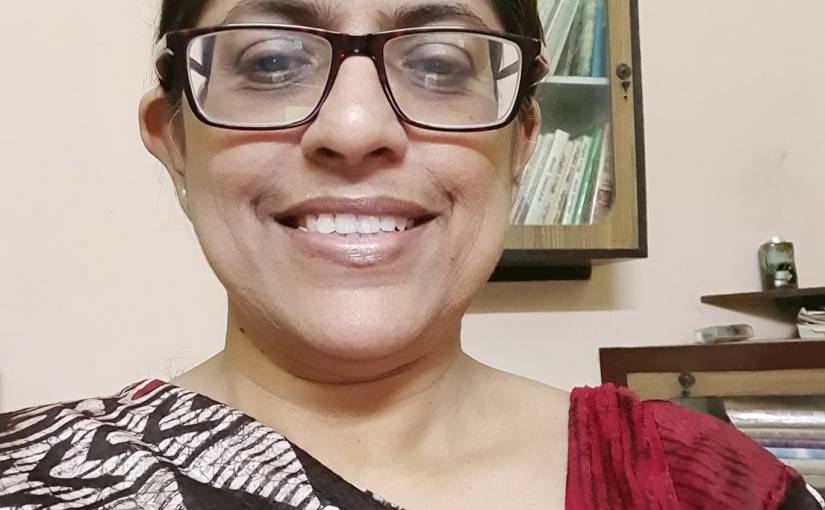 I have been working for more than three decades in the disability sector in India. There are many issues in the sector which are very close to my heart. However, the invisibility of mental health issue is something that hurts me the most. Misinformation on mental illnesses and psychosocial disabilities are galore in our country. Reasons may be manifold. One of them might be that one cannot ‘see’ a mental illness?

I lost my mind (pun intended) and became furious when in the month of August I saw that there were thousands of tweets showing a photo of Sushant Singh Rajput, saying he cannot be mentally ill as he is smiling in the photo and along with that photographs of another actor who was wearing flamboyant clothes, (some not-so-typical outfits for men) and with captions that said ‘this is mental illness.’ Basically, implying that a person who is smiling or good humored cannot have a mental illness and the people who do have a mental illness look a certain way.

This article is not about whether Sushant Singh Rajput was ill or not, the highest investigation agencies in the country are trying to find reasons behind his tragic death and we, ordinary citizens, should not get involved in presumptions on the same.

I got angry and took a selfie ( smiling at the phone) and posted in social media saying “Do I look mentally ill” and elaborated how even with my mental health conditions, I am working and smiling – one can never see a photo and judge the person’s mental conditions. This is not the first time I had to assert my health issue; this has become routine for me.

I work in the cross-disability field, advocacy is my area of work. Unfortunately, even my colleagues from this sector do not understand my kind of disability. So, every time, there is a press-meet or open public meeting, they will say, “We will have someone with a disability as a speaker and make a list of possible speakers.” This list would obviously include those with a ‘visible’ disability, and they would conveniently forget to add my name. Another colleague once told me after I failed to attend a workshop, “Shampa is unpredictable, we should not recommend her name to any seminar workshops anymore.” This happened even though I had texted her in the morning of the workshop saying my depression is in terrible stage today. But she did not take it seriously and called me unpredictable in an office meeting. Would she have said same if another colleague with mobility impairments had said that he could not attend a workshop because his wheelchair broke down? Or a hearing-impaired person said that her Sign Language Interpreter was not available, so her attending workshop is futile? If this is the level of understanding within disability movement, what do you expect from the general public?

For most people, ‘mad’ people are those who roam in the streets, with untidy clothes and matted hair. Some avoid their path, some others throw stones at them, children are taught to laugh at them calling them ‘pagla,’ and very few really understand their pain. The media also uses this image of ‘madness’ very cleverly and reinforces the stereotype. How many movies can one recall where a person with mental illness is shown as studying in college or working in an office? Once, a journalist, after, I mentioned in a meeting that I have a mental illness, asked me “Why did you say that? I have never seen you talking irrationally, so you can’t be mentally ill.” I told him, “You might call me tomorrow 50 times and get no response, because the days I am more depressed, I cannot find strength to take a phone call.” He looked and smiled. Did he believe me? I am not sure. Interestingly, he was there to talk to primary stakeholders in a disability advocacy meeting. So, he interviewed my blind friend and wrote about his journey in the next day’s paper.

My journey within the disability sector itself is quite interesting.  I started working as a professional in early 1990s. I became a caregiver of a person with schizophrenia after my marriage. Though professionally I knew how to deal with different kinds of disabilities, I was not aware of how to take care of my own self in this new role. This is an area where most caregivers fail. Our health system, and government does not provide the necessary insights, training, or financial support to the caregivers. Balancing professional life, taking care of a person with a mental illness took a toll on me. I did not even realize at which point in time, I became the primary stakeholder in this ‘disability sector.’

I do not want to discuss my diagnosis or medical history here. For me, the medical part of my disability does not consist of a lot of space. What I believe is the social acceptance which would have made things easier for me. When I talk about mildest physical discomfort, there will be relatives or friends asking me next day how I am feeling. When I talk about my mood swings or depression, there’s complete silence. I do hope by continuously talking about same, I will be able to bring some change. And in future, people will not say “If he is smiling, he can’t be mentally ill.”

Shampa Sengupta is an activist working on gender and disability rights. She is the Founder-Director of Kolkata based advocacy group named Sruti Disability Rights Centre and is working as Joint Secretary of India’s largest membership based cross disability network National Platform for the Rights of the Disabled (NPRD).

(This conversation is a part of our series on mental health and illness, as we talk to people whose voices have brought to life, with empathy and without judgement, what is it to live with a mental illness or to care for someone who does.)

Love conversations, anecdotes, stories, books and the little things in life. Always happy to hear how your day was, travel tales, what you ate for lunch, and what you are making for dinner, and who you met on the bus today! View all posts by Prerna Shah

7 thoughts on “Do I look like a person with mental illness in this photo?”